Women and Choice: Part 2 The Myth of Our Mothers – "Having It All" 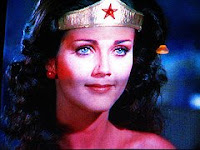 Driving my kids to the mall one day to buy bigger shoes….again….my daughter asked if it would be okay for her to be a doctor when she grows up.

Innocently and instinctively I let slip, “Honey, you can be anything you want to be.”

And then I realized that I had joined the ranks of all those mothers before me who, without thinking, had continued to perpetuate the myth of our mothers.

The Myth of the Woman Who Has It All.

By this point my daughter was deeply engrossed in a new mini-magnadoodle drawing, but my mind began to spin and my eyes teared up as I wondered – when do I tell her the caveat? All mothers know this warning, this further explanation of the “anything you want, dear” from our own childhoods, but many of us are not willing to admit to it, or to the fact that someday our daughters will feel the pull and have to face what we all have faced:

Choices. Hard ones. Ones without a clearly right answer.

The women in my mother’s generation were the first to have choices outside of the home that at least attempted to mirror the type and scale of those opportunities traditionally only afforded to men. More and more women were choosing to attend college and pursue careers outside of the home. In fact, by the fall of 1969, women made up 44% of the freshmen in U.S. colleges. By 1970, 43% of women worked outside of the home. 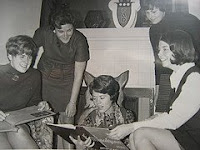 With these great strides came the raising of the bar so high and so fast that something had to give.

In no way do I believe that the women of this country who preceded our mothers lived lives of domestic bliss. My own grandmothers were certainly working mothers – only then it was an issue of survival, not fulfillment of self or increased quality of life. My maternal grandmother spent her life as a seamstress in a garment factory, as the wife of a small-time farmer/small-business owner, and as the mother to two children. When asked who watched her during the day, my mother can only recall vaguely spending time with family and neighbors. At an early age my mother was left alone all day to watch her brother, four years her junior, in an isolated house on the side of a mountain. No Kindercare for her.

My father’s story is not much different. His father worked various jobs, at times in other states, and his mother needed to work to make ends meet. In fact, her days of factory work began at the age of 13. For her the only choice was help earn money to take care of her family – first her parents’ family and then her own – or simply not have enough to get by. My father remembers his days being spent running the neighborhood streets. These were the days when televisions graced only a few houses, and there was no such thing as a family room. The kids left in the morning, returned in the evening, and roamed as far as their bicycles took them in between. 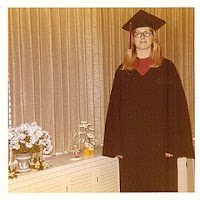 So imagine the dreams of change in the minds of those women as they headed off to college – many of them children of parents who hadn’t even completed high school.

Did they ever guess that the blessing of choice that had been graciously bestowed upon them by the female leaders of their own generation and the fearless women who came before them would carry with it a burden that the working mothers before them did not have the luxury of contemplating?

Coming Up – Women and Choice: The Myth of Our Mothers continued…interviews with women making tough choices…