Women and Choice: Part 1 – Choice and the Mommy Wars

Once upon a time women worked only because they had to, they had child 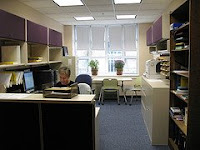 It has also resulted in one of the most divisive periods in women’s histories: The Mommy Wars.
Because wome 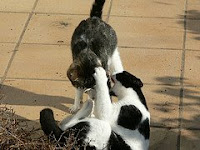 n are now able to make their own educated and widely varied decisions about their careers, their children, and their lives in general, they are now in turn burdened with the responsibility that comes along with those choices. A judgmental climate has emerged – one of women judging women for the decisions that they make – in part for the simple reason that they have made a choice different from their own.
Although often unfair, mothers expect other mothers to explain and justify the decisions that they have made. Linda, a 39 year old mother of a toddler with her second child due this winter, feels judged by others not just because of her choice to work outside of the home, but because the reason she has chosen to work is “less noble.” She writes, “I do not work because of financial needs – I work because I want to. When I was on maternity leave, I quickly discovered that I was a happier person and better mother when I was able to return to work. It’s not that I love my job – it’s just that I needed the break from the mommy role.”
Many women believe that finances need to play the deciding role in a woman’s choice to work and place the primary care of her children in the hands of others. Misti, a 33 year old mother of one, notes that most of the women she has encountered staying home with their children are “well off families.” She writes, “Priorities for those women do not seem the same priorities as working mothers.” In fact, as mom Lisa pointed out, working for financial reasons seems to be the only “correct” reason for mothers to work outside of the home. Work for your own personal fulfillment and beware – you may be judged. 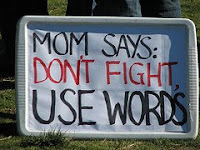 But it doesn’t end there. Working for financial reasons? Be prepared to prove that you truly need that paycheck to survive. Jenny is a Philadelphia area newlywed in her early 30’s who is already concerned about her future role as a mother. While she agrees that many women work because they simply want to, she wonders if moms end up returning to work and placing their children in daycare because of “all the ‘things’ we seem to need these day…nobody can really afford to live the way they really want to live without two salaries.” And so it continues. Do we conclude that working to maintain a certain lifestyle is inappropriate? Most stay at home moms will tell you that there are ways to make spending choices –yes, choices – that allow them to raise their children while living on one salary.

With choice comes responsibility – and if you’re a mother – judgment.
Coming up…how has the power of choice overwhelmed today’s women…