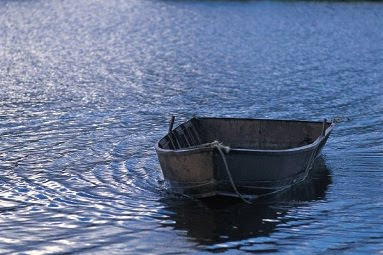 A year and a half ago I attended a small, one day blog conference. I had only been blogging three months, so this was my first time interacting with other bloggers…and witnessing the buzz of companies hovering around bloggers with business cards in hand and likewise bloggers spinning from table to table, hoping to make a lasting connection.

I felt like a little fish in a big pond, but overall it was an amazing, eye-opening, wonderful day.
One connection that I made that day was with a marketing consultant working with a brand new company ready to launch. We talked about this new concept I had – the Twitter Launch Party – and she became very excited. We exchanged cards and I prepared, honestly, to never hear from her again.
To my surprise she followed up fairly quickly and soon I was invited by the founder of the company to join him on a call and test out the new service. Suddenly I had gone from a stay-at-home mom whose only phone calls were with her retired father, her other mommy friends, or the occasional call from her husband during his lunch break, to a business start-up about to have a private web conference with a successful businessman to discuss his own start-up and how we might work together.
HINT: This is where the company could have had me in their hip pocket forever.
Now watch them drop me…
The call went well and while this “Twitter party thing” didn’t sound to him like a good fit, he really liked my blog and had wonderful ideas for how we could work together. I loved that he was promoting bloggers on his site with his partners page, and I was happy to tell everyone about his services. Then some time passed and I heard nothing from him or the lady I had met at the conference.
Having promoted the company a bit and then heard nothing, I was cold-pitched by a third party within their company some months later. The pitch this representative gave me was exactly the same – the service/blogger partner pitch. I liked the concept the first time and decided to say yes…again.
HINT TWO: I was ready to climb aboard again and give the company a second chance. They should have taken that.
I held up my end of things and wrote some posts, tweeted some things, and in general let folks know about what I still believed to be a very resourceful new site. I waited to hear when they needed my logo for the partner page, and how we would continue to work together. None of this was for payment beyond reciprocal promotion, so I expected a little follow up on their end. After all, they loved what I wrote and were excited to have reconnected. But again, they did not follow up with me in any way, and I assumed that their company was just another flailing start-up who was on its way out.
Would you believe that they contacted me again? Several more months passed and this time they found me because I was no longer a new blogger, but instead someone whose star was rising. I very publicly worked with some big name companies, and the word was out that these Twitter Parties were seeing some amazing results. They had heard about what I was doing, loved my site that they had recently discovered, followed me on Twitter, blah blah blah. Yet another new company representative reached out about how we could partner and I could be featured on their site. Only now – honestly – why would I want to?
Wouldn’t it have been smarter for them to have risen with me instead of dropping me over and over again?
And now that my blog was successful enough for them to take notice, what was in this partnership for me?
I replied and explained that I actually had heard of their site before – because yes, they cold pitched me with each new outreach – and that in fact I had worked with x, y, and z on a partner program, one which never came to fruition. Instead of an e-mail apologizing that they repeatedly had forgotten that they worked with me in the past and offering to follow-up on past promises, I got a silly response about what a coincidence this was and would I do what they were asking me to do now.
No. No, I would not.
So the latest? Yet another – this is five now – representative for the company has e-mailed me to introduce their great site and what it does. And they’d like to hear about this thing that I do…
You know. The Twitter Parties.
So here’s the takeaway for companies:

Bloggers, I’d love to hear from you. What else should companies take away from this story? What should bloggers learn? And do you have a similar story of your own?