When Back to School Means Being Left Out

Today my children and I travelled to our favorite value store to purchase the items on my soon-to-be kindergartner’s school supply list. Thankfully, the list was not a mile long, and every item appeared to be a reasonable request, yet somehow we ended up with a cart full of markers, crayons, and folders! 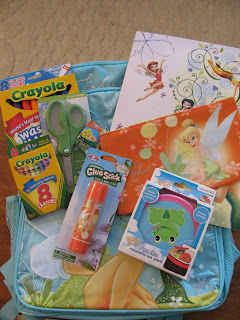 About four items in – and four whiny requests later – I realized that bringing my three year old along may not have been the best idea.

I have long been concerned with how my younger child will feel once his big sister/idol begins her elementary school journey. However, I didn’t realize how upsetting it would be for him to watch his sister pull item after item from the shelf all the while hearing, “You don’t need these things yet, Noah.”

There are a few steps that we have or will be taking as a family to help our little one feel more included and less left behind as back to school approaches.

1. Buy Doubles: While there is no need for my son to have a huge backpack or a pencil case, picking up a second round-tip scissors for at home, a glue stick for your three year old, or a box of markers that you know will be in use by mid-fall is a nice way to make younger children feel included in the school supply purchases. 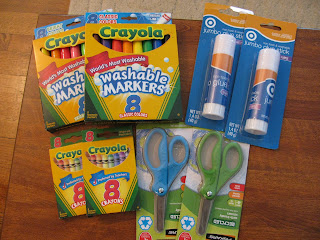 2. Take a Few Photos: The last thing you want is to someday be looking at pictures of your daughter’s first day of school and have your son ask, “Where was I that day?” Most likely he was standing by her side, proud as can be. Be sure that while you are snapping away pictures of your school-age children you also take a few of your littlest ones. It’s a big day in their lives, too!

3. Find an Activity: While my son attended pre-school five hours a week last year, that special school time couldn’t compare to the twelve hours that my daughter attended the same school. To fill in the time with a special mommy/son activity, I enrolled Noah in county recreation classes such as music and movement or gymnastics. Having a special class not only filled the time that he was away from his sister, but also gave him a special activity about which to be proud.

4. Be Sensitive: There is no way to predict how your younger children will react to their older siblings going to school, so be sensitive to their changing needs and the overwhelming emotions that they may not be able to fully express.

And even though they won’t understand it, remind them…and yourself…that their day will come sooner than they think.