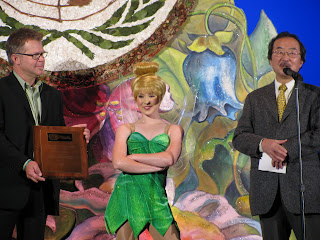 United Nations names Tinker Bell an “Honorary Ambassador of Green”
Last Sunday Kiyo Akasaka, the Under-Secretary-General for Communications and Public Information at the UN, named Tinker Bell an Honorary Ambassador of Green during a special ceremony at the UN Headquarters in New York. Akasaka stressed to visiting members of the press the importance of engaging the world’s youth in environmental causes and his hope that he and other members of the UN will be able to “seal the deal” on a global green house gas emissions agreement at their upcoming UN Climate Change Conference in Copenhagen this December. 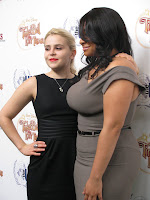 mportance of sharing this green message with children was at the forefront of conversation as the movie’s stars took to the “green” carpet. Mae Whitman, the voice of Tinker Bell, and Raven Symone, the voice of Iridessa both expressed their personal commitment to environmental initiatives and their pride at being a part of such an important event. The films director, Klay Hall, and producer, Sean Lurie, joined other cast members and special guests for the celebration.

Immediately following the ceremony, guests were treated to the World Premiere screening of Tinker Bell and the Lost Treasure, available now on DVD and Blu-Ray disc. Tinker Bell herself was on hand to begin the festivities with, what else, Pixie Dust, which showered down on the assembly room floor covering the excited children, their parents, and members of the press. On a personal note, I am still finding Pixie Dust in my bag as well as my dryer’s lint trap…
Tinker Bell and the Lost Treasure 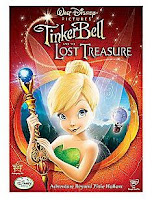 Fans of the Disney Fairies know that Tinker Bell and her friends are responsible for the gentle balancing act of the Earth’s climate. Without them summer will not turn to fall, fall to winter, and winter to spring. When Tinker Bell is entrusted with the key to the start of Autumn, she finds herself in a predicament that not only puts the changing of the seasons in great peril, but also tests her closest friendship. Not only were the children on the edge of their seats during this screening, but the adults also clung to every word laughing out loud, cheering, gasping, and yes, I even saw a few tears…but I’m admitting nothing.