Public vs. Private: What is "Bloggable" 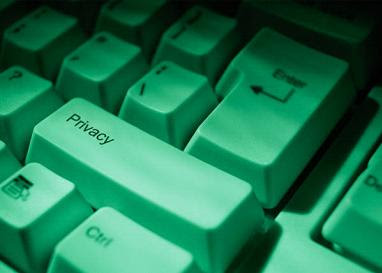 A woman participates in a private conversation with a friend on an instant message platform. That friend cuts and pastes portions and shares them with others.

That was a private conversation. That is wrong.

A man talks to a colleague over a series of casual e-mails about a problem he is having at work. That colleague cuts and pastes portions of the e-mails for a post on his business blog.

That was a private conversation. That is wrong.

A friend asks a question on Facebook and several of her friends, most of whom know each other, respond in the form of status update comments. That person then writes a blog post not based on the responses, but with a screenshot of her friends’ responses including their pictures and full names.

Was that a private conversation? Was that wrong?

In this digital age the lines of private and public have been blurred, at times beyond recognition. Life has become a giant game of telephone, only with a much bigger audience and results that can be saved forever in screen shots and blog posts. As bloggers, where are the lines that we should not cross when it comes to choosing content? Should we walk around with t-shirts that say, “Careful. I might blog this.” (They exist, by the way) Should we have multiple online personas? If we choose to blog friends’ responses to questions posed on Facebook and Twitter, should we ask their permission before using their names and photographs?

I am not sure where I stand on these issues. In the last couple of weeks, responses that I have given to friends’ questions on Facebook and Twitter have appeared in three blog posts. One friend recently wrote what I thought was an important and insightful post about Twitter use, and while I tweeted out the article believing it to be well-written and important, there was that little place in the pit of my stomach that felt a little, well, icky seeing myself there (not a response to the method, but a reaction rather to seeing myself). Around the same time I found a response that I wrote on Twitter about how to reach out to a friend who had just suffered a loss in another friend’s post. Again, loved the post, loved the message, shared it on Twitter. Again, the screenshot (with me in it) made the little hairs on the back of my neck stand on end. I knew that in reality I had tweeted several responses (even in 140 characters I can be long-winded) and thought, gee, I wonder if my other answers were better. Finally, earlier this week a friend asked me on Twitter who my favorite Muppet is. Not having any idea why she was asking, I said, “Miss Piggy. She kicks a$$.” Apparently the question was for an upcoming blog post, and because of my use of a questionable word, my response was turned into this: “Miss Piggy. She kicks it!” I later thanked the author on Twitter for covering my a$$ with the word change. 😉

So here are the issues: Is it okay to blog word for word what someone says to you on Twitter and Facebook? Is it okay to change the wording of what they said without indicating that a change was made? What about using their image and full name, posting screenshots? Should you ask permission before doing any or all of these things?

How do I feel? I really am not sure. Beyond the goosebumps and stomach jump, I’m not at all bothered by those three posts. I love those ladies and thought the posts ranged from informative to poignant to fun….all things I support. 😉 Has the misuse of private information become so rampant that these three innocent posts written by wonderful women gave me pause? Maybe that is the issue. Because of negative uses of our words, names, and images, some of us have become overly sensitive to this.

Would I have posted these things? No. But I am not sure that I think it is wrong for others to do so. My decision is based more on personal preferences and sensitivities. I crowdsource on Twitter all of the time, and take that information to craft a post. I would not, however, screenshot the comments – at least I don’t think I would do this – because of times I have been misrepresented for a negative purpose. Also, if my specific intent is to write a post, I say that in my question and offer link love if I use the person’s answer. [As I’ve now added in the comments – perhaps intent is a key part of this discussion – and I am not inferring that the posts mentioned above were the reason behind the questions asked on Facebook and Twitter] Twitter is public, however, and anyone can go to www.twitter.com/ResourcefulMom and see my 140 character ramblings whenever they choose. Edit: And as one comment reminds us, our tweets are indexed and easily searched via Google to name just one engine. Facebook is notably different. The circle of friends, and friends’ friends is far larger than a private conversation, but it still is not publicly accessible…yet is very much not private. Again, I think if I was crowdsourcing to find information for a post, I would ask first, and I would not screenshot.

What is YOUR opinion? What is “bloggable”?

This conversation continues in the comments section, including my own feedback to readers. Please read through the comments to participate in what I hope is an open, honest, and friendly discussion!

Author’s Note: The original version of this post had links to the three blog posts that inspired this conversation. I have chosen of my own accord to remove the specifics about the authors and the posts, including links, because of concern that my personal reactions to seeing myself quoted and “screenshotted” might reflect negatively on the authors who are friends that I trust implicitly. I love that we’re having this conversation and feel that the discussion can continue just as easily without specifics regarding those posts.