I Used to Be Angry… 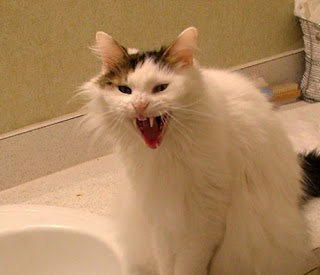 …and I would also say there was a healthy dose of bitter.

I was one of those girls who decided people in high school probably didn’t like me…because I was too smart. (hold the laughter, please)

I listened to an awful lot of Tori Amos in college, and an unhealthy overload of Ani DiFranco in grad school. I even rocked out to “Hello City” by Bare Naked Ladies with the express purpose of throwing hate in the direction of Philadelphia, the city I didn’t enjoy living in at the time.

But like most angry teenagers, I grew up, married a wonderful man – who by the way, is never angry about anything – and I stopped being a Bitter Betty. Then I became pregnant with my first child…..and became very ill. Any of you who know me in real life know how ugly Amy=pregnant can be. Bed rest, vomiting, trips to the hospital, extreme weight loss, torn muscles….long story.

But the worst of it was when I gave birth to my daughter two months early after doctors ignored my pleas that something was wrong and thus changed the trajectory of my entire parenting experience.

I hated my doctors, I hated the hospital, I hated that my child didn’t crawl, or walk, or had to go to cardiologists and geneticists. I hated that because the neonatologists wouldn’t allow her to be anything but tube fed she never nursed. I hated A LOT of things…and it spilled over to my life. I decided that the world was out to get me. The Chinese food restaurant intentionally didn’t pack the sweet and sour sauce for my chicken, the guy who cut me off in the turn lane meant to make me miss the green light…..I. Was. Mad.

And then….redemption! I became pregnant with my son, and the idea of a “do-over” was exciting, even if the pregnancy was just as horrible and traumatic. I would finally have that perfect delivery, the healthy baby, the nursing newborn placed on my chest immediately after a normal delivery.

And then during labor his heart rate plummeted to 60 beats per minute, I was rushed to the O.R., and he was ripped from me, blue, lifeless, unresponsive. They whisked him away in an isolette – I didn’t touch him, I didn’t hold him, I didn’t nurse him, I barely saw him as he rushed past me.

But he is fine. He is more than fine. He is beautiful and brilliant and crazy. And my daughter is smart and sneaky and creative enough for every child on this earth.

And then one day in church, wiping away tears, I decided to stop being angry. I decided to be Blessed. Because that is what I am meant to be.

So now that I’m in this online world of high drama that is amplified by posts and tweets and retweets and post comments and e-mails, skypes, google talks…..

Will I still fire off an angry e-mail once in awhile to a close and trusted friend? Yes, of course. I said I’m not angry anymore, I didn’t say I wasn’t human.

Does it hurt me when people choose to criticize without knowledge, to judge without open discussion, or to attack without reason? Of course it does. But it doesn’t affect my life nearly as much as it affects theirs.

So if you want me to rebut or refute, I probably won’t. If you’d like to call me or e-mail, I’d love to talk to you – whoever you are and whatever your beef is about. Because there will be lots of it over the years – that’s the way the world works.

But I’m not angry anymore, so if that is your goal, you best look elsewhere.

Here is one of my favorite stories from a book I read to my children:

“Two traveling monks reached a town where there was a young woman waiting to step out of her sedan chair. The rains had made deep puddles and she couldn’t step across without spoiling her silken robes. She stood there, looking very cross and impatient. She was scolding her attendants. They had nowhere to place the packages they held for her, so they couldn’t help her across the puddle.

The younger monk noticed the woman, said nothing, and walked by. The older monk quickly picked her up and put her on his back, transported her across the water, and put her down on the other side. She didn’t thank the older monk, she just shoved him out of the way and departed.

As they continued on their way, the young monk was brooding and preoccupied. After several hours, unable to hold his silence, he spoke out.

‘That woman back there was very selfish and rude, but you picked her up on your back and carried her! Then she didn’t even thank you!’

‘I set the woman down hours ago,’ the older monk replied. ‘Why are you still carrying her?'” Zen Shorts by Jon J. Muth

Call it Zen. Call it Grace. But I’m not angry anymore….