Disney Fairies at the Magic Kingdom 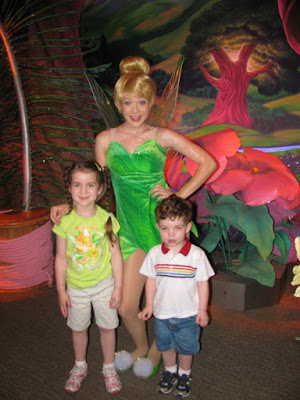 When I first heard about the Fantasyland expansion at the Magic Kingdom, the plan included an entire section for Disney Fairies.  During the revision process, the section of the Pixie Hollow area of the new Fantasyland didn’t make the cut.   The removal of Mickey’s Toontown Fair displaced both the Mickey and Friends meet and greet area as well as the Fairies and Princess meet and greet areas.  The Princesses have many other venues – around the parks, at character meals – but where would the Fairies go?

I look forward to learning more about a permanent location for the Disney Fairies meet and greet, but in the meantime I’m happy that they’re flying back to the Magic Kingdom!