The Disney is in the Details

There are so many aspects of Disney that I found to be utterly breathtaking during our trip last week, but the most impressive aspect of the World, hands down, is the attention to detail. When we arrived at our two bedroom suite in the Villas at Wilderness Lodge, we were greeted by what I learned are called towel animals. The most notable towel animal was the Mickey on the bed in the king suite. 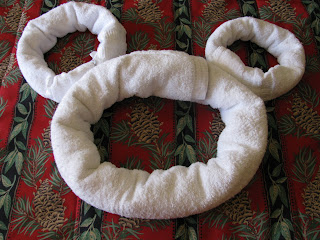 Take a closer look at that bedspread. Looks like any other hotel linens, right? But here comes Disney with their attention to detail and upon closer analysis, you’ll find that the bedspread contains hidden Mickeys in the pattern. Hidden Mickeys are the incredibly recognizable three circles that make up the Mickey mouse symbol. You’ll find them everywhere around the World. Take a look: 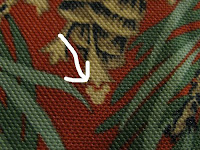 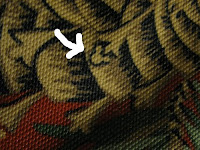 This attention to detail also carries through the characters at DisneyWorld, which for many children are the highlight of the trip. Because there are many opportunities to meet the same character not only from park to park, but also within the same park, consistency is key. For example, if you’re going to see Belle in the Fairytale Garden in the Magic Kingdom and also during the meal at Cinderella’s Royal Table, you’ll see her wearing her blue dress with white apron in both locations – no gold gown. Also, the characters will not simply pose with your children and sign autographs. They actually chat with them in a meaningful way. These are not models – they are actors. And they are good. 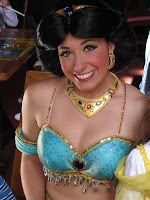 The best example of this for us was our encounter in Epcot’s World Showcase with Jasmine. We ate brunch that morning in the Akershus Royal Banquet Hall where we were greeted by a host of princesses, including Jasmine. Not long after, we bumped into Jasmine and Alladin in a character greeting spot. I knew full well that the Jasmine we met was back at Akerhus meeting with a restaurant full of other Disney guests. *spoiler alert!* Despite the fact that it was not immediately visually evident (in fact, my father still doesn’t quite believe it was two women), clearly, this Jasmine was played by a different actress.

Jasmine immediately spotted the lipstick kisses all over my two year old son’s face and knew that we must have come from Akershus. Without missing a beat, she turned to my daughter and said, “Princess, it’s so nice to see you again. I believe I met you at breakfast this morning.”

The look on my daughter’s face was priceless. The Disney is in the Details. 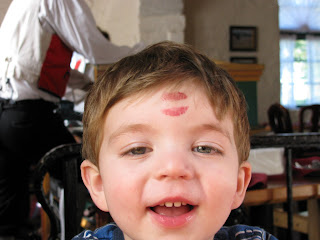