Most parents who have more than one child have to deal with sibling rivalry from time to time. My home is no exception. While my oldest son, who was an only child for 11 years, pretty much stays out of the fray, my 10 and 11 year olds are often found bickering, battling, and tattling. While they do get along and are kind to each other some of the time, the rivalry is very clearly a part of their relationship.

So, what is a parent to do when their children are at odds? Of course, every family is different and what works for some may not be the right solution for others.  Here are just a few of the techniques I have used over the years to help diffuse various situations between my kids and combat the rivalry and jealousy that sometimes plagues their relationship.

Divide and conquer –  Sometimes, sending the kids to their own rooms (or finding another way for them to be able to spend time alone) is all it takes to end the battle. Often, when my kids lose the distraction of their brother “getting in the way” they calm down and the argument is over.

Get both sides of the story – When you catch them in the middle of an attack, whether it be on verbal, physical, or otherwise, it’s important to do a little investigating as to how the situation began. I have made many snap judgements in my time as a parent and punished a child who was simply defending himself or his belongings. Often, both children need some consequences in these situations and it’s important to ensure that happens to prevent even more rivalry between them.

Help them to find amicable solutions – Though some days it feels like it, your job in life is not to play referee. Instead, be the mediator and start to teach them to compromise with one another. As they grow older and learn that you won’t settle every disagreement for them, you’ll find yourself needing to step in far less often.

Point out their strengths and uniqueness – Many times, rivalry is based in jealousy. When this happens, it is important to point out that we aren’t all the same and life isn’t always fair. One child may have rewards and opportunities that the other does not. Celebrate each child’s accomplishments and strengths regularly and point out all of the times they have received or done something that their sibling has not.

Separate them for some one on one time – Sibling rivalry can also revolve around attention. Everyone wants to feel important and that they are the main focus from time to time. I make a point to schedule “dates” with each of my kids, so that we can spend some bonding time without the interference of their sibling. These dates usually result in wonderful chats that give me an insight into my children and their individual personalities that helps me make solid parenting decisions.

Set clear rules about tattling – Tattling is one of my biggest peeves. Of course, I want to know if there is something happening that is dangerous or detrimental, but around here, my kids like to find the tiniest infractions that they can try to get their sibling in trouble over. My standard rule is that if I didn’t catch you myself, you won’t get in trouble, unless it is something very serious or you’re harming a person or their property. Though it doesn’t always put the brakes on tattling, it does at least help to minimize the “Moooo-om, you said to clean our rooms and he’s nooo-ot” moments.

Though sibling rivalry isn’t going away any time soon and there are still days that leave me wanting to pull my hair out, these techniques have done a lot of good. What are some of the ways that you use to combat sibling rivalry in your home? 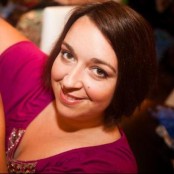