How to Afford to Be a Stay at Home Mom 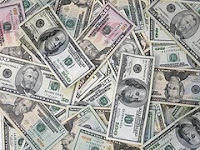 If I had a nickel for every time a mom has told me that she needs to work for her family to “get-by”, I would have – well, enough money for that mom to be able to stay home with her kids. The truth is that for many families a second income is necessary only in order to maintain a certain lifestyle and not to simply “get-by.” If a working woman genuinely wishes to stay home to raise her children – either now or sometime in the future – there are often ways to make that happen. But let me make something clear right now – in no way am I implying that staying home is for everybody, nor should it be. This is a personal choice between a woman and her spouse, and it is a choice that requires sacrifices, both financially and personally. You still in? Great – grab a pencil and paper and let’s get started…

Plan Ahead – Way Ahead

1. Marry the Right Man – Now, ladies, before you all text Gloria Steinem and alert her to the fact that someone calling herself “Resourceful” is encouraging women all over the world to marry for money, let’s get something straight. That’s not what I’m doing. What you do need to do is have a serious conversation prior to getting married regarding your feelings on child care as well as your partner’s feelings. At some point during my engagement I announced to my fiancé that I wanted to stay home with our children and that this point was non-negotiable. The need to stay home with my children reverberated through every inch of my being in such a specific way –years before I had them – that it was imperative my future husband be in agreement. While you may be on board with financial frugality, your partner may not be so willing to forgo the better things in life. And let’s be clear about this – living on one income takes a team effort.
2. Save Money Before You Have Kids – Before taking time off from working to have children, I worked for four years as a middle school English teacher. Despite what people like to think about teachers and salary, many of us earn a more than decent paycheck, and very quickly my 20-something peers began driving nice cars and wearing the latest fashions. I continued driving the same car I had had since I was sixteen and only bought new clothing when it was necessary. As quickly as we could, my husband and I bought a townhouse and no longer threw away money every month on rent. I also picked up extra work teaching summer school, prepping kids after school for state tests, and directing the school musicals. By the time my daughter came into this world, I had saved enough money to stay home for five years and still contribute substantially to the household bills. Four and a half years later, more than half of that saved money is still in the bank. Which leads me to my next point…
Make Honest Decisions About What You Really Need
While making the switch from five Starbucks double lattes a week to three is surely a valiant effort, it’s not going to allow you to save the amount of money you need to go from two salaries to one. You need to make some tough choices. For some families, making the move from two cars to one is a possibility. Be sure to calculate not only the cost of the car itself, but also the gas money, 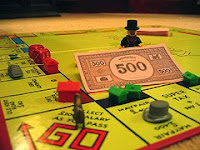 maintenance costs, insurance fees, etc. You may be surprised how making one major change in your lifestyle will impact greatly on your finances. And although cutting out two cups of coffee a week isn’t going to double your bank account, the little changes really will add up. Are you really saving money by shopping at top department stores during sales, or would you save even more by shopping at discount stores like T.J. Maxx and Ross? And I know I’m messing with the Holy Grail, but how many pairs of black pumps do you really need?
Calculate What You Really Make
If I were to return to work as a teacher tomorrow I would be making approximately $58,000 before taxes. Take out Uncle Sam’s portion and I’d be bringing home about $39,000. But wait. I haven’t purchased professional clothing since before I became pregnant with my first child, and although I have no qualms about wearing out of style suits, those suits no longer fit. Factor in the cost of maintaining a work wardrobe – I’m frugal, so let’s say $2,000 – and now I’m down to $37,000. Let’s talk about the car that I’m driving to work – the one that I couldn’t get rid of because we need two cars to get to two jobs. The IRS figures that the cost to operate a car is about 50.5 cents per mile, which in today’s climate is a rather low estimate. My round trip commute would be 20 miles a day, so over the course of the school year I would spend appr 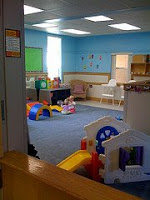 oximately $2, 250. My take home now? $35,750. Not factoring in all of the incidentals such as the cup of coffee I may stop for on the way to work that I would never buy with my kids in tow, the school supplies that I’d inevitably buy to fill the gap between what schools provide and kids need, or the occasional lunch out – which stay-at-home moms wouldn’t dream of – I’ve still got the one biggest cost to factor in: Childcare. The average cost for one pre-school age child? $11,000. I’ve got two of those, so make my bill $22,000. So at the end of the year after I’ve commuted and lesson planned and graded papers all weekend long, what would I have in my bank account? $13,750. For me personally, that’s not enough to be away from my children all day.
Predict How Much You’d Like to Save for the Future
You’ve calculated your take home pay, figured out where you can cut expenses, and decided what work schedule you would like to have – be it full time, part time, or at home all the time. But be careful that you don’t forget to factor in future expenses. Right now you may be raising toddlers, but pretty soon those little smiles will need braces, and those little hands will be writing college entrance essays instead of wobbly first words. While getting by today on one income is a start, you can’t ignore the savings that you will need both for future costs such as weddings and college, but also for retirement plans farther down the road. These costs may be the most difficult to quantify, but take the time now to make some choices about your future.
That is what this is all about, after all – Choices – and the more you plan now, the more choices you will have available to you down the road.