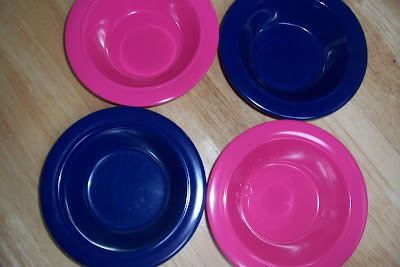 Recently my two year old son has begun casting judgment on everything – the shows he is allowed to watch, the food that I cook for him to eat, even the outfits that I dress him in each morning. But nothing prepared me for the day that I placed a bowl of cereal in front of him and instead of hearing the usual, “Thanks, Mom!” I heard this: “I’m a boy! This is a girl bowl!”

What he meant was that the bowl had a picture of Dora the Explorer on it, but that picture was hidden by the cereal and milk. The only indication that I had handed him the Dora bowl instead of the Diego bowl was because of a slight difference in the colors along the rim of the bowl. I, of course, told him that it wasn’t a boy or a girl bowl, and he ate his breakfast without further incident. But this was the beginning of a bigger issue. Suddenly he was protesting girl spoons, girl forks, and girl cups. 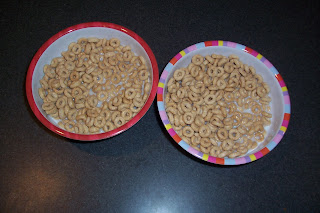 This is an issue that I never saw coming because I thought I had done everything to avoid gender stereotypes in our house. Because of his older sister, my little guy has always played with toys traditionally meant for girls. He pushes doll babies in strollers, loves his sister’s magnetic dolls, and has even been known to dress up in heels and a feather boa. I never once told him those toys were not for boys, in the same way that I would never tell my daughter that she can’t play with matchbox cars and trucks.

But what I did do was a bit of subliminal parenting. It seems that at each meal I inadvertently placed a blue bowl or plate in front of my son and a pink one in front of my daughter, with the occasional purple one thrown in for good measure. Never did I say, “Here’s your boy bowl,” but the message was there, loud and clear. And until my son raged about the bowl with the picture of a little girl on the bottom, I had no idea I had been sending this message.

So do I now put the pink bowl in front of my son each meal, or just assume that it will all work itself out in the end? I’ll probably mix things up – after all, purple is his favorite color, so maybe he’ll start to get purple and my daughter will use blue. But I know one thing – I will keep a closer eye on my subliminal parenting, those messages that I’m sending to my kids when no one is looking, including me. In the meantime, I’ll keep teaching my son how to catch a football…while wearing heels.