Star Wars: Rise of the Resistance – What You Need to Know Before You Go 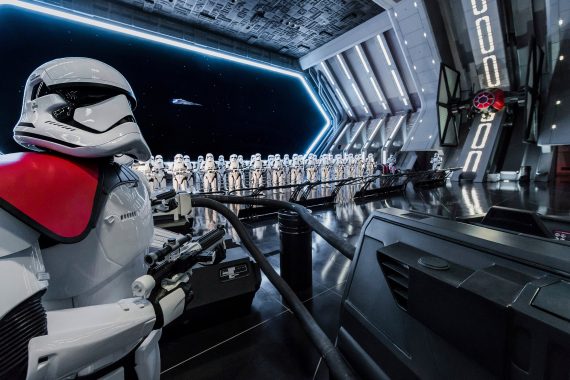 Earlier this month I had the opportunity to visit Star Wars: Galaxy’s Edge at Disney’s Hollywood Studios in Orlando, Florida, to preview the new attraction, Star Wars: Rise of the Resistance. Now I’m bringing Resourceful Mommy readers everything they need to know before they go.

Where is Star Wars: Rise of the Resistance?

What Type of Ride is Rise of the Resistance?

The short answer? A ride like none other. When I attended the opening of Seven Dwarfs Mine Train in Magic Kingdom, I thought that the Disney Imagineers had taken ride innovation to an unmatchable next level. Then I experienced Avatar: Flight of Passage and was completely blown away. That was it – it could not get any better in my mind. I could not have been more wrong.

Star Wars: Rise of the Resistance takes theme park attractions to an entirely new galaxy – literally. This ride is fully immersive from the moment you enter Galaxy’s Edge, the Star Wars section of Disney’s Hollywood Studios. The cast members that greet you as you make your way to the ride are in character, welcoming you to Batuu. The “queue” that leads you to the ride itself is so completely immersive that I honestly did not know when the ride began. Distinct moments: queue, preshow, ride – they blend so perfectly that they are indistinguishable. Every moment – from when you step through the turnstile to when you exit the ride – is part of the experience of Rise of the Resistance. There is not a single moment of your time wasted.

Technologically, I have never experienced a ride such as this. Walt Disney Imagineers have created new, trackless technology. The floor of the ride appears to be polished concrete, like any warehouse floor. There are no distracting steel bars or sensors, no watery channel to guide your ride vehicle. You move through the ride smoothly, seemingly randomly, but clearly perfectly programmed so that you’re facing exactly the right way at exactly the right moment. Because of the audio-animatronics, thousands of special effects, and brief simulator experience, you truly feel as though you are experiencing the story that is happening around you. And speaking of story line…

What is the Rise of the Resistance Story Line?

Guests board an I-TS spacecraft and blast into space alongside Poe Dameron and his X-wing straighter. But before they can make the jump to lightspeed, the spacecraft is caught in a Star Destroyer tractor beam and pulled into a First Order hangar bay.

It is here that you will encounter a squadron of Stormtroopers. But there’s no time to panic (and not to worry…they always miss). You’ll be quickly rushed away by members of the First Order who are, if I do say so myself, quite cranky. It’s up to you and your fellow captured Resistance rebels to make your escape via a commandeered First Order Fleet Transport with the help of an R5-series astromech droid. Can you survive being hunted down by Kylo Ren himself as you try to get away?

Is Rise of the Resistance for Young Children? 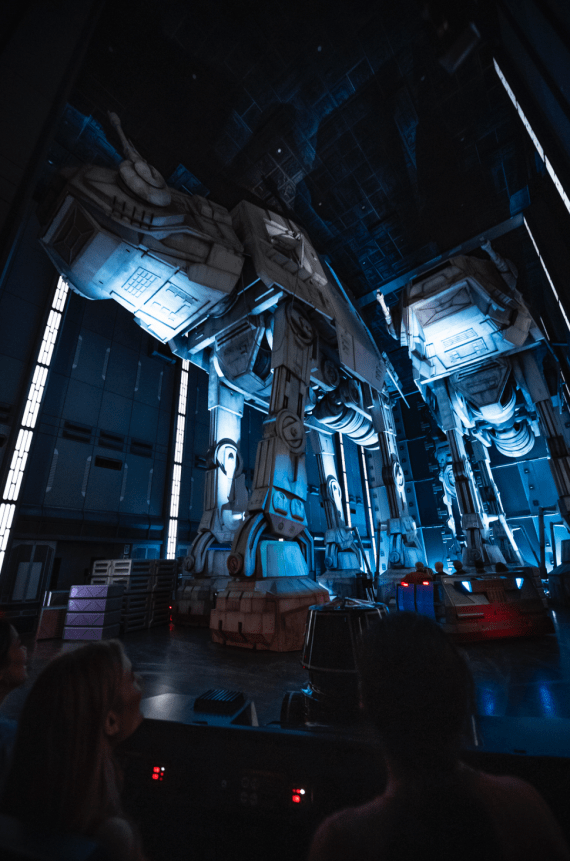 Things to consider when deciding if Rise is right for your little ones:

My children are both teenagers now, but my younger child has never been a fan of thrill rides. With that said, I would have encouraged him at even a much younger age to ride Rise of the Resistance. The experience is simply too incredible to miss.

How Can I Get to Ride Rise of the Resistance?

Is It Worth It?

YES. Yes, yes, yes. The first time I took my children – aged two and four at the time – to Walt Disney World, I set a crazy early alarm and called the Disney Dining number repeatedly until I got through. As soon as the Cast Member said hello, God bless them, I yelled into the phone, “CINDY’S TABLE, PARTY OF SIX.”

These are the crazy things that we do to experience the magic.

Do I Need to Be a Star Wars Fan to Enjoy Rise of the Resistance?

First of all, are there really people who aren’t Star Wars fans? My first recommendation would be to rethink that state of being! But the answer to the question is that no, you do not need to be a Star Wars fan in order to enjoy Star Wars: Rise of the Resistance. If you know the storylines, if you have ever had a conversation about how to pronounce AT-AT, if you’ve got a crush on Kylo Ren (rawr), the ride will absolutely blow your mind. If none of that describes you, you will still be in awe of what the Disney Imagineering team has created in their amazing and infinite wisdom and creativity.

Experience Rise of the Resistance with Resourceful Mommy!