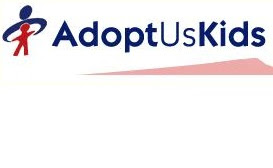 Last year AdoptUsKids hosted two adoption chats on Twitter. As a result, some Twitter users actually made the decision to move forward with the adoption process.
If you missed our earlier events, please join us for a live Twitter party later this month, sponsored by AdoptUsKids. AdoptUsKids is a national project whose role is to recruit and connect foster and adoptive families with waiting children throughout the United States.

Funded by the Children’s Bureau of the Administration for Children and Families, AdoptUsKids hosts a national photo listing website contains photos and information about children in foster care waiting for families to adopt them. You may have seen some of the Public Service Announcements with the message “You don’t have to be perfect to be a perfect parent.”

To learn more about adopting from foster care and how to help spread the word about children in care waiting for a forever family, please visit AdoptUsKids. To search for children in your area, visit the AdoptUsKids Child Search.

Please join us Tuesday, February 23rd from 2:00 to 3:00 p.m. EST on Twitter for a safe and open informational chat about the benefits of adoption, as well as adoption from foster care with representatives from AdoptUsKids.

To participate, please follow @AdoptUsKids and @ResourcefulMom, and use the hashtag #AdoptUsKids. Facebook users may also wish to become a fan of AdoptUsKids on Facebook at http://www.facebook.com/AdoptUsKids.

This campaign is brought to you by Global Influence Network.